Welcome as we navigate you to the best music the radio should play.

Originally posted on Kira Sparkles:
I read The Life Changing Magic of Tidying Up soon after it came out and before Marie Kondo was REALLY popping in the way she is now. Even before then, I always pushed for a minimalist aesthetic. I really don’t know why. All things considered, my parents are baby boomers who flexed…

Earlier this week Matthew “2 Mello” Hopkins released his latest album; Memories of Tokyo-To. It’s a love letter to Jet Set Radio and the musical impact it had on Mello. With his years of experience, he sought to make the best album he could. Which I can vouch for, given my previous editorial. Yes, it’s … END_OF_DOCUMENT_TOKEN_TO_BE_REPLACED 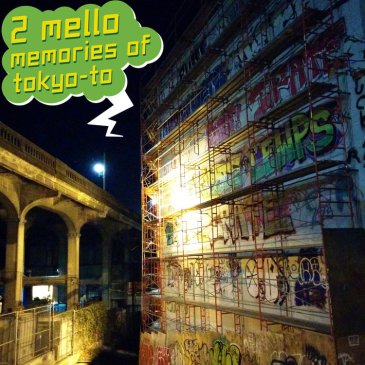 Today, one of my favorite producers Matthew “2 Mello” Hopkins released his latest project; Memories of Tokyo-To: An Ode To Jet Set Radio. The album is in dedication to Jet Set Radio (JSR) it’s ideals, and the music it introduced people to back in 2000.  As such, the album is dedicated to Hideki Naganuma and Professor K … END_OF_DOCUMENT_TOKEN_TO_BE_REPLACED